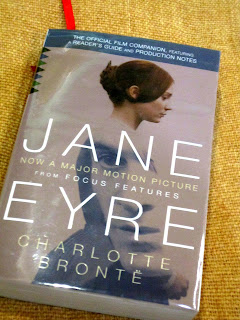 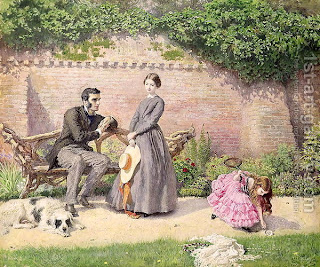 Favorite Excerpts:
Children can feel, but they cannot analyze their feelings; and if the analysis is partially effected in thought, they know not how to express the result of the process in words.-- Jane Eyre
It is far better to endure patiently a smart which nobody feels but yourself, than to commit a hasty action whose evil consequences will extend to all connected with you.-- Helen Burns
By dying young I shall escape great sufferings. I had not qualities or talents to make my way well in the world. I should have been continually at fault.-- Helen Burns
It is in vain to say human beings ought to be satisfied with tranquility: they must have action and they will make it if they cannot find it. -- Mr. Rochester
Dread remorse when you are tempted to err, Miss Eyre. Remorse is the poison of life. -- Mr. Rochester
The human and fallible should not arrogate a power with which the divine and perfect alone can be safely entrusted.
Genius is said to be self- conscious.
I can live alone, if self- respect and circumstances require me to do so, I need not sell my soul to buy bliss. I have an inward treasure, born with me, which can keep me alive if all extraneous delights should be witheld.-- Jane Eyre
A wanderer's repose or a sinner's reformation should never depend on a fellow creature... If any one you know has suffered and erred, let him look higher than his equals for strength to amen, and solace to heal.-- Mr. Rochester
Human beings enjoy complete happiness in this world. I was not born for a different destiny to the rest of my species: to imagine such a lot befalling me is a fairy tale.-- Jane Eyre
Friends always forget those whom fortune forsakes.
Every atom of your flesh is as dear to me as my own: in pain and sickness, it would still be dear. Your mind is my treasure and if it would be broken, it is still my treasure.-- Mr. Rochester
Life, however, was yet in my possession; with all its requirements, and pain and responsibilities. The burden must be carried; the want provided for; the suffering endured; the responsibility fulfilled. -- Jane Eyre
Posted by Ojaesama at 8:15 am

Email ThisBlogThis!Share to TwitterShare to FacebookShare to Pinterest
Labels: Books

Something you should know:

Ojaesama
I am an ESCAPIST-- a Book Lover, a Yaoi Fan, a Makeup Addict, a Food Enthusiast, and an Avid Traveler.

Have passion for fashion? Poupee friends!